A pendulum [from medieval Latin pendulum (»oscillating weight«); from the Latin pendulus (»hanging down«)] is a body rotating freely on an axis (planar pendulum) or a point (spatial or spherical pendulum) that, after it is displaced from its resting position, performs a (generally periodic) oscillatory movement under the influence of a force (usually the force of gravity).1

Following Jean Bernard Léon Foucault’s 1850 experiment, Beinroth has constructed a pendulum to be installed at a height of nine meters in a light well in the entrance hall of the Wilhelm-Hack-Museum.2 The twenty-one kilogram bob is eighty centimeters high and at its broadest point has a diameter of thirty-four centimeters. Beinroth has not used the standard bob found in museums of technology, the metal sphere; instead, he has chosen a cut crystal bob, which is more familiar from occult contexts.3 This bob consists of highly polished black material similar to black obsidian.
After the pendulum is installed, it will be set in perpetual motion. The Coriolis force causes the plane of oscillation of the pendulum to rotate slowly relative to the ground thereby making the rotation of Earth visible to the viewer. 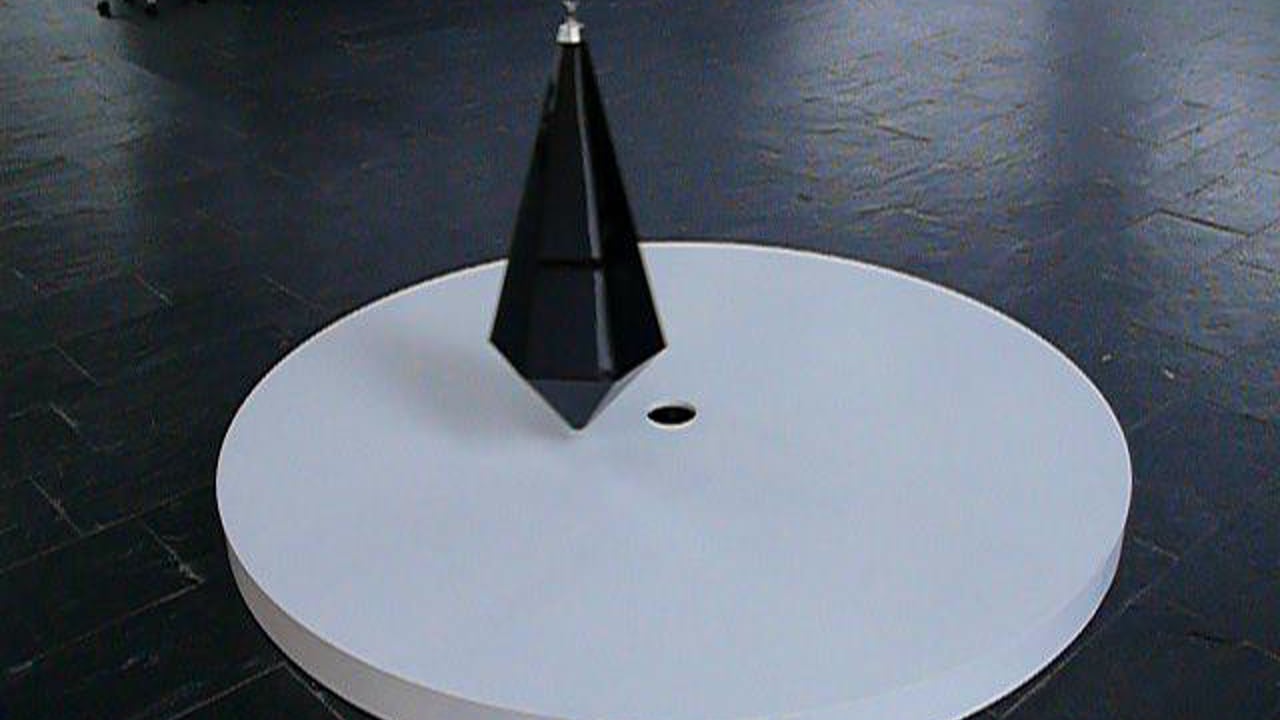